Now You Can Be Bed Bug Free in Just One Day!

WHAT ARE BED BUGS?

Bed bugs are small insects that invade mattresses and other pieces of furniture. An adult bed bug measures about ¼ inch in length with a reddish-brown body, while a young bed bug is a lot smaller and paler. They’re flat oval-shaped insects with bands running down their backs. They also have six legs and two antennae.

Bed bugs are parasitic insects that live in places near food sources. They usually feed on warm-blooded animals, but they seem to have a preference for human blood compared to others. Although they don’t spread diseases, bed bug bites are enough to cause allergic reactions, loss of sleep, or excessive itching that leads to a skin infection.

In addition to being a nuisance, bed bugs also affect the value of a home or property. These pests are extremely difficult to eradicate, which is why many potential buyers lower the price they’re willing to pay for a home with a history of bed bug infestation. 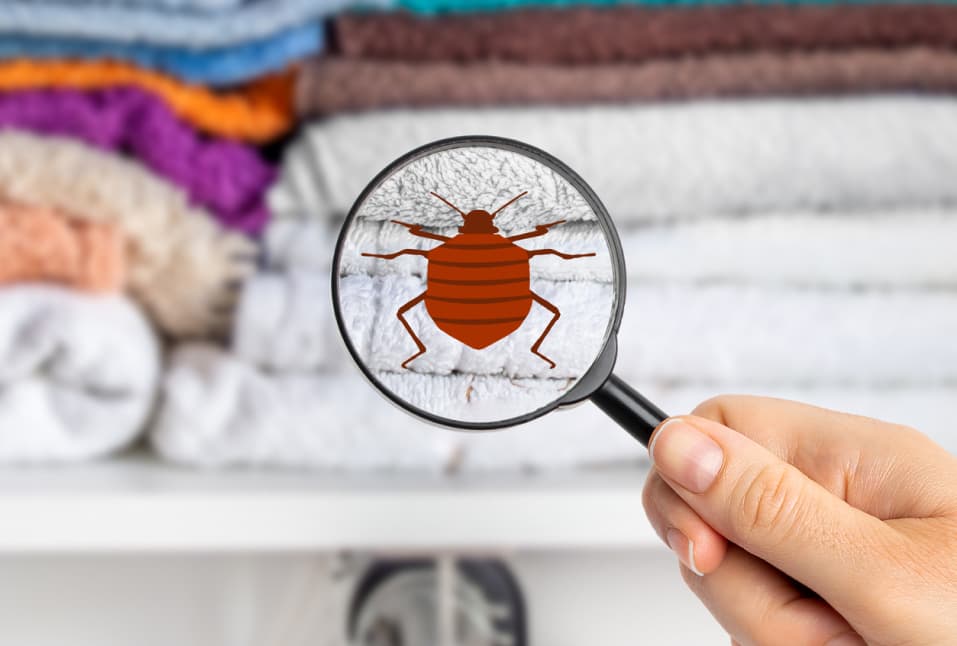 Make Your day Instantly Better - Talk to a Pro Now!

What is your Bed Bug Problem? (Choose an option)

I have Confirmed Bed Bugs and Need an Estimate

If you have a confirmed Bed Bug infestation, We will discuss your specific situation and quickly get you a written quote.

I Suspect Bed Bugs & Need a Free Inspection, or Advice

If you have pictures you can upload them. If you are getting bitten at night, we can narrow down the cause. If you are just not sure, then our experienced Bed Bug inspectors may visit your property and conduct a detailed inspection.

Homeowners and landlords in Colfax are only one call away from quick and effective bug extermination by a trusted pest management company. Our highly trained technicians here at California Bed Bug Exterminators have the right tools and years of experience needed to eliminate bed bugs and other common pests like termite, ant, rodent, spider, and cockroach on a property. This allows us to ensure that the pests and stinging insects won’t be back for a long time.

Get your property inspected with the best pest control company near Colfax here at the California Bed Bug Exterminators. Our skilled technicians use different tools to find the source of bed bugs and eliminate them for good by combining safe and practical bug removal techniques. Visit our website today or call us to schedule an inspection with our expert team. 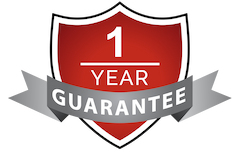 Industry-leading bed bug Guarantee with a Lifetime Guarantee option means no bed bugs for good, or we will make it right. 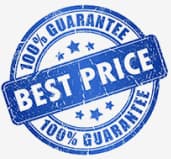 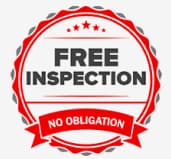 Call today for a FREE on-site inspection and quote. There is no obligation and no high-pressure sales tactics.

Why are Bed Bugs in Your Home?

Many people think that dirt, grime, and clutter are what attract bed bugs – but they couldn’t be more wrong. Any kind of environment is a good home for bed bugs as long as there’s sufficient food available to them. Even 5-star hotels are vulnerable to bed bug infestations as much as run-down apartments are.

The main reason why bed bug infestations are more common in unkept places and properties than others is that the clutter makes it hard for the owners to spot the pest problem early on. This allows the bedbugs to spread rapidly inside the property and cause more issues.

What attracts bed bugs the most is human blood. But unlike mosquitoes and other blood-leeching insects, these pests can’t jump or fly. They find a different way to wait for the host to be inactive until it’s safe to suck blood, which is why bed bugs usually attack when the host is asleep. These pests might also attack anytime and anywhere, even when you’re in a cab or watching in the movie theater.

Bed bugs are also excellent hitchhikers. They’re transported from one place to another by latching onto people’s belongings, suitcases, coats, or purses. The more an individual spends idle time in a location, the more chances they have of bringing bed bugs home.

Bed bug infestations usually grow rapidly because the pests are hard to spot when they’re young and pale. Most people only start noticing the presence of bed bugs when there are already many of them. But aside from seeing the adult bed bugs in the mattress seams or other furniture pieces, here are other signs of a bed bug infestation:

Since bed bugs are excellent hitchhikers, they might travel from one apartment unit to the other or from one house to the adjacent one. It’s important to check the mattress or second-hand furniture bought from yard sales for bed bugs before bringing it home.

THE BEST way TO GET RID OF BED BUGS 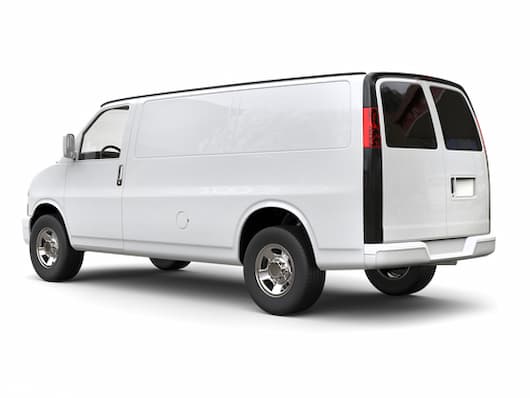 We believe the best way to quickly kill off a bed bug infestation is with heat.

Bed bugs are difficult to eradicate once they've settled in a house, which is why most homeowners, landlords, and other property owners call in professionals like California Bed Bug Exterminators. We specialize in heat remediation which kills bed bugs without toxic chemicals and completely eradicates an infestation in just a few hours.

Colfax, also known as Alden Grove, is in Placer County, California; it is situated by the intersection of Interstate 80 and State Route 174. The population was 1,963 at the time of the 2010 census. The city is named after the United States of America Vice President Schuyler Colfax, commemorated by a statue on Railroad Street and Grass Valley Street. Colfax has a hot-summer Tropical climate, with cool, wet winters and dry seasons.

Hot and dry seasons trigger the emergence of pests in every household. They are drawn to heat and the carbon dioxide that people and pets expel, and that's how they locate their next meal. Early intervention is essential in the battle against pests, and a bed bug exterminator provides a thorough examination to spot these bugs where they are most likely to appear.

California Bed Bug Exterminators is a professional bed bug extermination company that caters to different residential and commercial buildings in Colfax and nearby areas. Our highly trained technicians are experienced in eliminating bed bug infestations through safe and effective bed bug heat treatment, chemical treatment, and steam treatment to kill the live bed bugs and prevent them from returning for a long time.

Whether you’re a landlord, tenant, or a homeowner, don’t let the bed bugs keep you from living your best life. Keep your Colfax home free of bed bugs and other pests with regular bed bug and termite control by California Bed Bug Exterminators. Call us now to schedule a bed bug inspection.

Heat extermination of bed bugs is the only method that can guarantee bed bug removal in 1 day without the use of harmful chemicals. It is a convenient option because it requires little preparation and it eliminates the need for repeat visits

With every home, we promise to deliver the most complete and thorough inspection, making sure that every inch of your home is bed bug-free

We waste no time with our exterminations and treatments. We know how important it is to be in and out of your home quickly and efficiently, while guaranteeing a complete extermination

A Caring and Compassionate Professional Team:

We treat every home and family we work with care and compassion. We understand the pains a bed bug infestation can bring, and strive to eliminate any of your bed bug problems 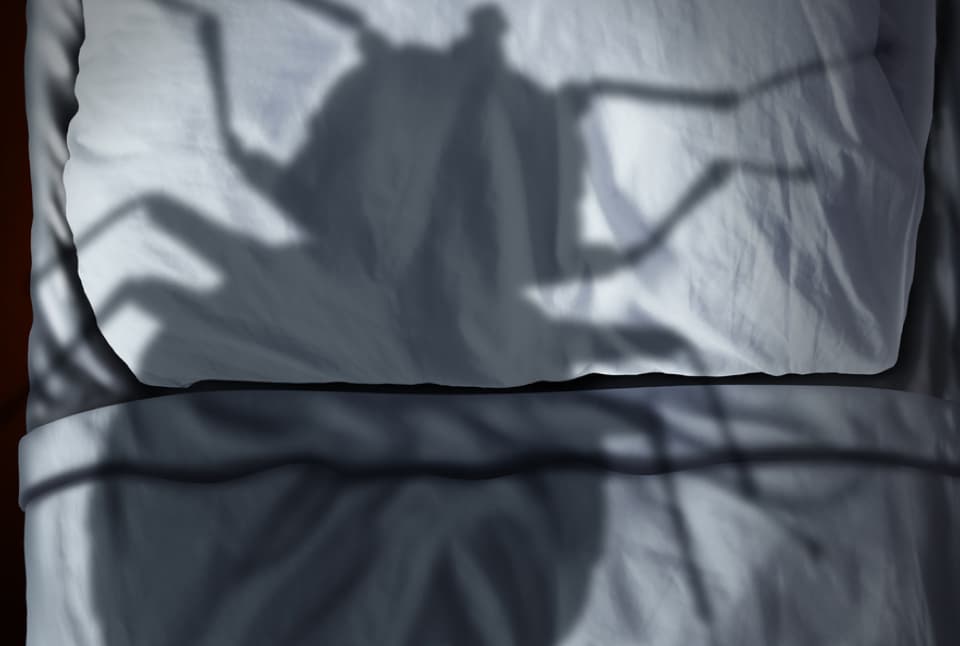 California Bed Bug Exterminators: Getting Back A Good Night’s Sleep

Contrary to what most people believe, bed bugs don’t go away on their own. They populate and can really degrade your quality of life. Don’t sleep on your bed bug problem. With bed bug heat treatment, chemical treatment, and other bed bug initial treatment methods, we can get rid of your bed bug issues and all bed bug eggs in no time at all.

Get a Free Estimate